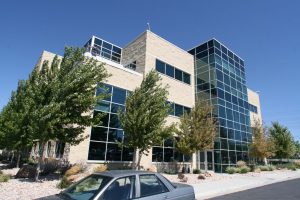 The finance subsidiary of General Motors Co. is opening a call center in 46,228 square feet on the first floor of the building.

“It’s a rare opportunity for the landlord to be able to choose the tenant. The best terms and best credit were the dealmakers.”

State Farm Insurance has consolidated more than 8,000 workers into its new four-building office campus in Richardson.