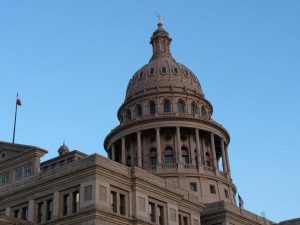 The bill, called “A Man’s Right to Know,” was filed Friday, the filing deadline for the legislative session, and appears to satirize current and proposed laws and regulations that have been criticized for restricting women’s access to abortions and healthcare choices.

The bill’s author, state Rep. Jessica Farrar of Houston, who has been outspoken against restrictive abortion laws, said Saturday on Twitter that the measure “mirrors real TX laws and health care restrictions faced by TX women every #txlege session.”

The bill calls “masturbatory emissions” outside of a woman’s vagina “an act against an unborn child, and failing to preserve the sanctity of life.”

The bill contains provisions that would also put restrictions on vasectomies, Viagra prescriptions and colonoscopies, including:

▪ The state must create an informational booklet called “A Man’s Right to Know” that contains information and illustrations on the benefits and concerns of those three treatments. A man must review the booklet before going through with any of them.

▪ A man must receive a rectal exam and an MRI of his rectum before any of the three treatments.

▪ A man would not be able to sue a doctor for refusing to provide those treatments or another procedure if the procedure violates the doctor’s “personal, moralistic, or religious beliefs.”

▪ A doctor must obtain consent from the man before providing the treatment and the man can only give it if he waits at least 24 hours after the doctor’s visit.

▪ The state must establish a registry of nonprofit organizations and hospitals that provide abstinence counseling, a supervising physician for “masturbatory emissions” and semen storage.

▪ “Masturbatory emissions” must be stored for the wife for conception.

State law requires that doctors distribute to women considering an abortion the “Woman’s Right to Know” booklet, which contains illustrations of gestational periods and the risks and side effects of abortions. Women also must wait 24 hours after receiving the booklet and must undergo an ultrasound before the procedure. Abortion of a viable fetus can bring a penalty of at least five years in prison.

In late June, the U.S. Supreme Court struck down Texas regulations that would have closed more than half of the state’s abortion clinics. The state rules would have required abortions to be performed in hospital-like surgical centers and doctors to have admitting privileges in nearby hospitals.